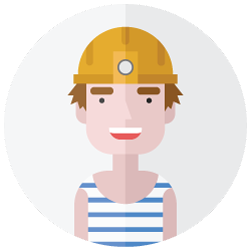 Braces as an adult? No way. At least, that was what I thought when my dentist told me that I was going to have to see an orthodontist about my crooked teeth. But my teeth were so misaligned that they were causing me pain when I chewed, so I decided to at least look into it. Turns out braces today are nothing like the ones my friends had when I was a kid. Mine were practically invisible, and I didn't need to wear them that long. I started this blog to encourage other people like me who are nervous about the prospect of wearing braces as an adult. My straight smile is so worth the trips to the orthodontist, and wearing braces was nowhere near as bad as I thought. Read on to find out more about how you can straighten your smile.

It’s Never too Late to Straighten Your Smile

Why Gums Bleed When You Start Using a Water Flosser

First, understand that when bacteria attacks the gums, it literally damages your gum tissue. Bacteria slowly tears away at living tissue, breaking it down and converting it into fuel for itself. This is part of the reason why people with severe gum disease often experience receded gums and need gum grafts to have them repaired. When people first get gum disease, they may notice some bleeding from their gums. This is when the tissue damage is recent and typically before a large amount of plaque builds up.

Plaque is also involved. When your gums bleed after using a water flosser or standard floss, it's because the plaque was acting as a bandage. Once the plaque is in place, it acts like glue, sealing up the hole left by bacteria. And when you use a water flosser, you are blasting away the plaque that's covered your gums and the damaged parts of them that bacteria have chewed away at. So, as these holes are revealed, they may bleed now that they're not being stopped up. This is necessary for the healing process to start, but it can cause some mild discomfort for a while.

When to Get Help

Your gums may bleed when you start a new oral health regimen, but that doesn't mean that they should continue to do so. If your gums don't feel and look better after a few days of good oral hygiene practices, you should get help from your dentist. Continuation of bleeding may mean that you have a severe infection that needs treatment. Unfortunately, it could also mean that your gum condition has progressed far enough to damage your teeth. Your dentist will be able to tell you with a thorough examination and X-rays.

Removing the plaque and bacteria from your teeth and gums is the best way to start the healing process for your gums. Ask your family dentist if you have concerns or any questions about using your new water flosser.